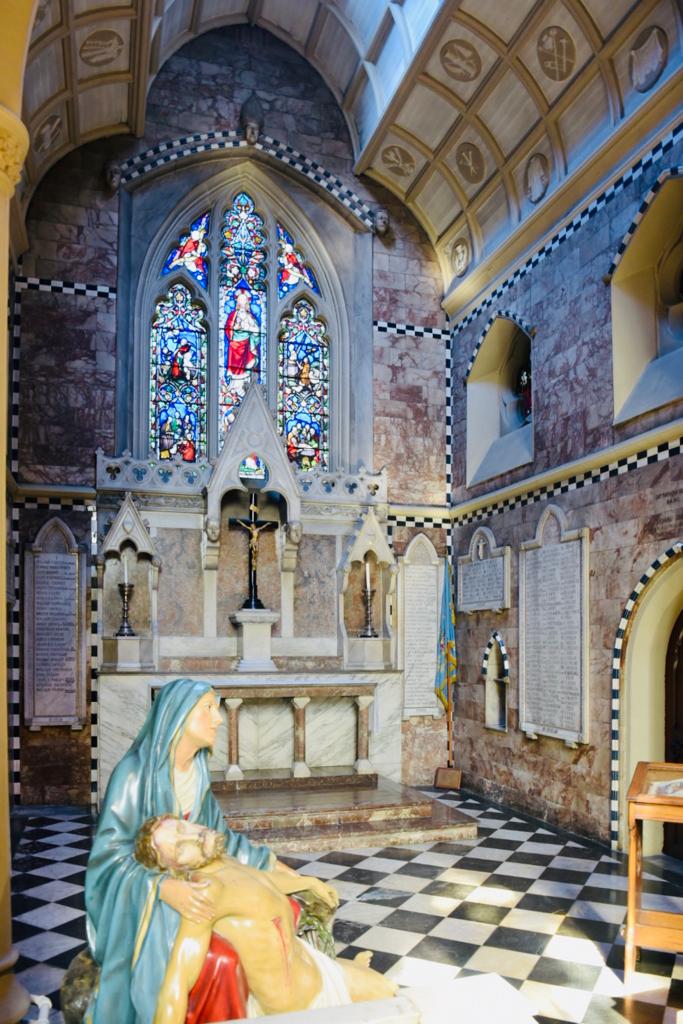 The windows depict the Eucharistic and sacrificial scenes denoting the original dedication, carved medallions on the ceiling panels depict the instruments of the Passion and date from the time of the chapel’s dedication as the Calvary Chapel. They are believed to be by William Wailes.

Also housed in the chapel is a book brought from St Joseph’s church, Ordsall, which states the names of those who generously donated money to pay for the church to be rebuilt following a direct hit from a German bomb on Christmas Eve 1940.

Recently the Cathedral received a grant of £84,000 from the Arts Council England Culture Recovery Fund which will be used for repairs to the roofs of the chapel and its ancillary buildings.